Call for applications for the 21st Framafest: 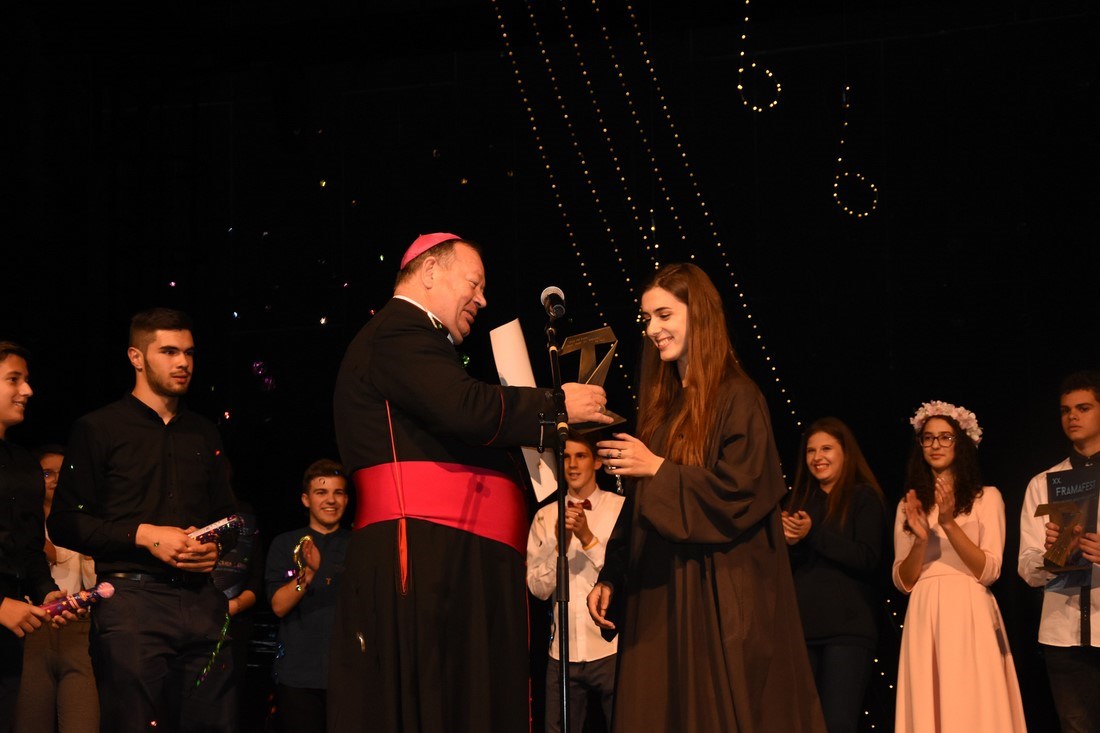 ‘‘Sing to him, sing praise to him; Tell of all his wonderful acts!’’

21st festival of spiritual music of Franciscan Youth – FRAMAFEST OF 2018 is organized by the National Council of the Franciscan Youth (YouFra) of Bosnia and Herzegovina. Framafest will be held on Saturday, October 27 2018 in Sarajevo, in Bosanski kulturni centar.
Motto of this year’s Framafest is: ‘‘Sing to him, sing praise to him; tell of all his wonderful acts!’’  1 Chronicles 16:9.
Framafest is a festival that has a competitive character and its goals are to promote young music talents within Franciscan youth, to encourage musical creativity that will enrich spiritual music scene and also to promote unity between the members of YouFra.
Framafest is one of a kind festival of spiritual music in Bosnia and Herzegovina and also in the world since it is the only festival where the performers are music groups of Franciscan youth.
Regarding this is an international festival, we invite all the local fraternities from around the world to enrich the 21st Framafest with their presence.

Call for applications for sending the demo recordings is open until May 1 2018.

•    Compositions have to represent Christian character and also Franciscan, if possible
•    Compositions must not be published nor performed before
•    Duration of the composition must not be longer than 4 (four) minutes
•    Authors of the music, lyrics and arrangement have to be named orderly
•    Local fraternity of YouFra can only register one composition for the competition
•    The performers have to be members of the local fraternity of YouFra
•    It is advised that the members of the YouFra write the lyrics and music of the compositions.

How to send your compositions:

•    A sample demo recording of the song (not the song study version) needs to be as similar as possible to the performance version. The song can be sent in MP3 format as well
•    The text of the song is in Microsoft Word format
•    A written confirmation of the local YouFra assistant who guarantees that the performers are members of YouFra
•    A short biography of the author and the performers with the necessary information (address, phone number, mobile number, e-mail address, website, etc.). The performer who sings on the demo recording needs to perform on the festival as well.

•    Compositions sent to the call for applications have to be original work, they cannot be adaptations or interpretations where the original authors are only signed or not even signed
•    The use of adapted texts of prayers, psalms, hymns or other parts of the Bible is allowed
•    The right to send applications belongs also to foreign citizens, under the same conditions that apply to domestic citizens
•    The Organization Committee is not obliged to return the registered compositions if they do not pass the application process
•    In case that the registered composition gets performed publicly or published before the festival, it will be disqualified
•    Results of the call for application will be published on official web sites of regional fraternities of YouFra of B&H (www.frama-hercegovina.com) within twenty days after the call for applications has ended.
•    The authors and performers have to send the final study recording and the audio version, in which the main and accompanying vocals must not be recorded, no later than by 20th of July
•    The main and accompanying vocals perform live on the festival
•    Applications need to be sent to the official e-mail address of the regional fraternity of YouFra of Bosna Srebrena: frama.fsr.bs@gmail.com or to the post address: Franjevački samostan Petrićevac, Marija Dimić 4, 78 000, Banja Luka, Bosnia and Herzegovina.

National Council of YouFra of B&H